NFT provenance: why knowing where your NFT comes from matters! 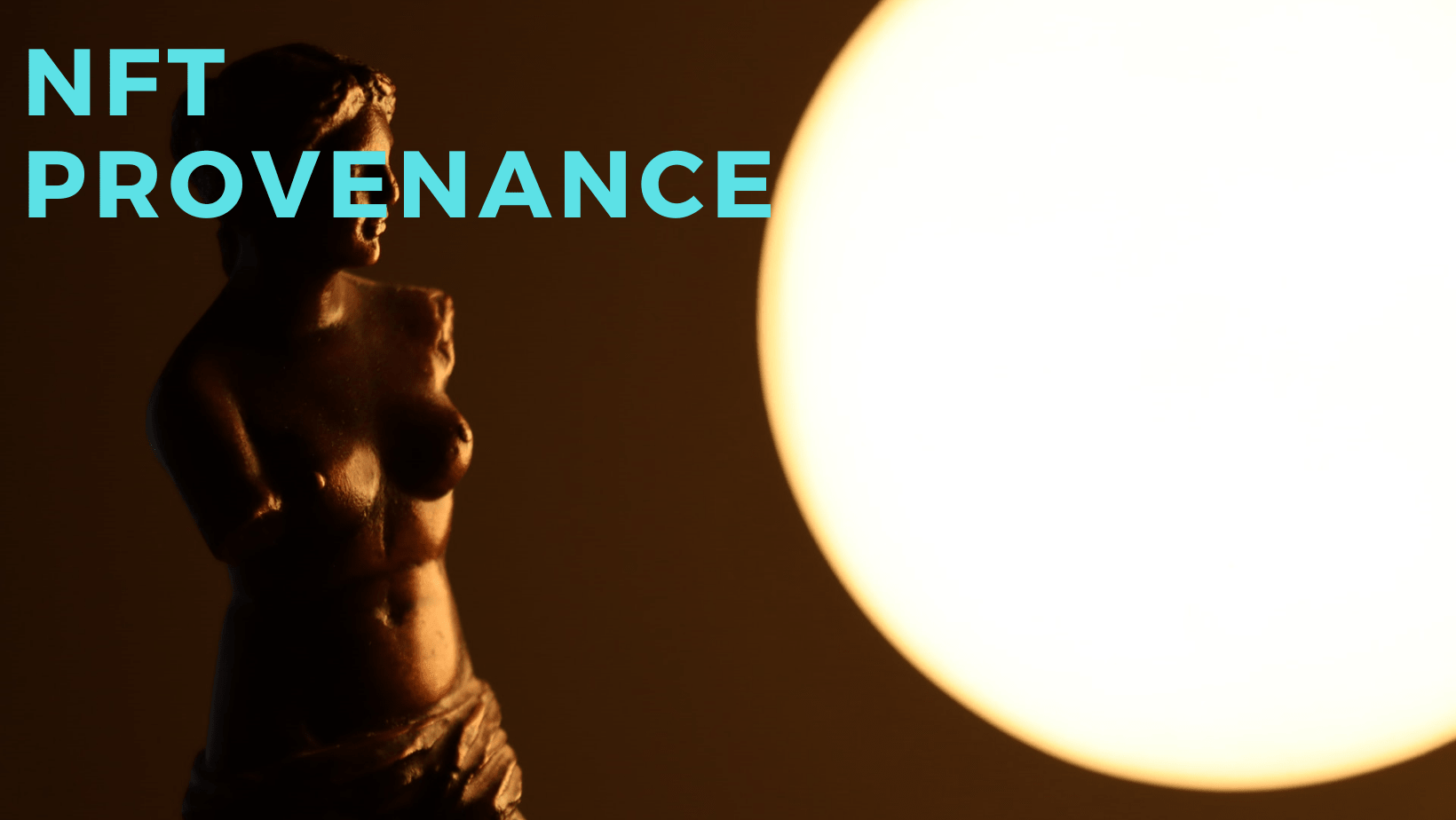 NFT art, if we may call it so, is still in its infancy. It’s difficult to see where NFTs are going. One thing that could help is comparing brick and mortar art, i.E. physical paintings, with digital art.

So, I’ll compare the old with the new, and I’ll do that with particular regard to a very important concept in the art world: provenance.

Once done, we will have a talk about NFT provenance.

Weird sounding word, isn’t it? That touch of French makes it classy and sophisticated, yet the meaning couldn’t be more down to earth.

I’ll explain what art provenance is with an example. Bob Van Bobidoff is a famous art collector, recently he was contacted by an anonymous seller. He told Bob that he found an original Picasso in his grandma’s basement.

Bob is excited, a new Picasso! He gets the chance to look at the painting, it undeniably looks like the real deal. The seller tells Bob that he wants 1 million dollars. Our collector knows that if the painting is authentic, then it would be worth much more.

What would you do? Would you buy it?

You shouldn’t before having run a full check of the Picasso’s provenance! This means that to be sure that the painting you’re looking at is an actual Picasso you need to know a couple of things.

Well, provenance, means “coming from”, so it’s basically the supply chain of the painting, or, more roughly, its history.

Or rather the documents proving that this canvas has witnessed the raging brushstrokes of Picasso’s art.

A proof of provenance could be anything, is like proof in a police investigation, you need to prove that the murder/painter is Pablo Picasso! Here are some classic examples of acceptable proofs of provenance, and NFT provenance as well:

As you may have noted, all the above proofs are rather speculative and could be forged by an expert scammer. Art history is ridden with collectors buying fake artworks! How sad, huh?

But, that could be overcome thanks to 21st-century tech! How cool is that? Actually, one of the reasons behind NFT’s success in the art world,

NFTs allow artists and collectors alike to have full transparency along the whole artwork’s “supply chain” (both digital and physical).

How is NFT Provenance changing the game?

If you are here, chances are that you know what a blockchain is, right? Even so, I will provide a brief recap to refresh your knowledge.

A blockchain is basically a ledger on steroids. It allows data, contracts, or whatever kind of certificate and/or transaction to be stored on a digital ledger. In a public, accessible, and permanent way.

So, let’s say you have a cool piece of digital art, maybe a gif that has become a worldwide famous meme.

You’ve heard about Non-fungible tokens and want to jump on the bandwagon. The first thing is the so-called “minting” of your digital artwork.

Doing this will create a permanent track of your ownership on the Ethereum (or else) blockchain. Remember: an NFT is not a piece of art, is a certificate of ownership of whatever good you want to attach to it, even physical!

There’s more: each image or photo that you “tokenize” on a blockchain will come with some metadata, and once those metadata are stored on the blockchain nobody can tamper them.

If you have ever bought or sold an NFT on a marketplace you know how it works. The owner and minter of the NFT are displayed as a series of numbers and letters, that uniquely identify the smart contract and those who minted it.

If someone bids and then buys your NFT, that will be publicly accessible on the Ledger, and you will be able to check that on Etherscan.

This means that every time the NFTs are bought or sold in the secondary market, the transaction is permanently stored on the blockchain, along with its metadata and the info about the artist who created it.

On top of that, NFT provenance is crucial to determine the value of an NFT. If I know that an NFT has been minted by Beeple, well, that already changes the price quite a bit.

The same goes for VIPs NFT creators such as Steve Aoki and others. Knowing that behind a certain NFT there is someone that already has some track record in music, art, etc., or even if an NFT has been bought by a very well-established collector, it’s very important when it comes to establishing an NFT value.

Some examples of NFT provenance:

That’s why some scammers are already trying to create fake NFTs with a technique called sleepminting.

Until now, I’ve discussed digital art but, what if you could harness blockchain technology for “standard” art?

Good news! You can!

We’re still in the infancy of Physical NFTs.

However, some artists and creators are trying to bridge the gap between digital and physical art.

They could provide their paintings, sculptures, movies, or whatever they create with a digital certificate of ownership stored on the blockchain, equipped with a good amount of metadata that add crucial information about the artwork and its provenance.

The more artists will use the blockchain to store data and information about their art and those who buy it and sell it, the more NFT provenance and art provenance will become a transparent source of info about a specific piece of art.

Did you manage to read until the end? That means you’re veeery much into NFTs, aren’t you?

Then, why don’t you subscribe to our super-duper newsletter?

Or, even better, take a look at our artists!

Maria RebeloAugust 18, 20210Likes
Who remembers Commodore Amiga 500? And the 1000? Amiga was introduced to the world in 1985, by the home computers and electronics…
Read More