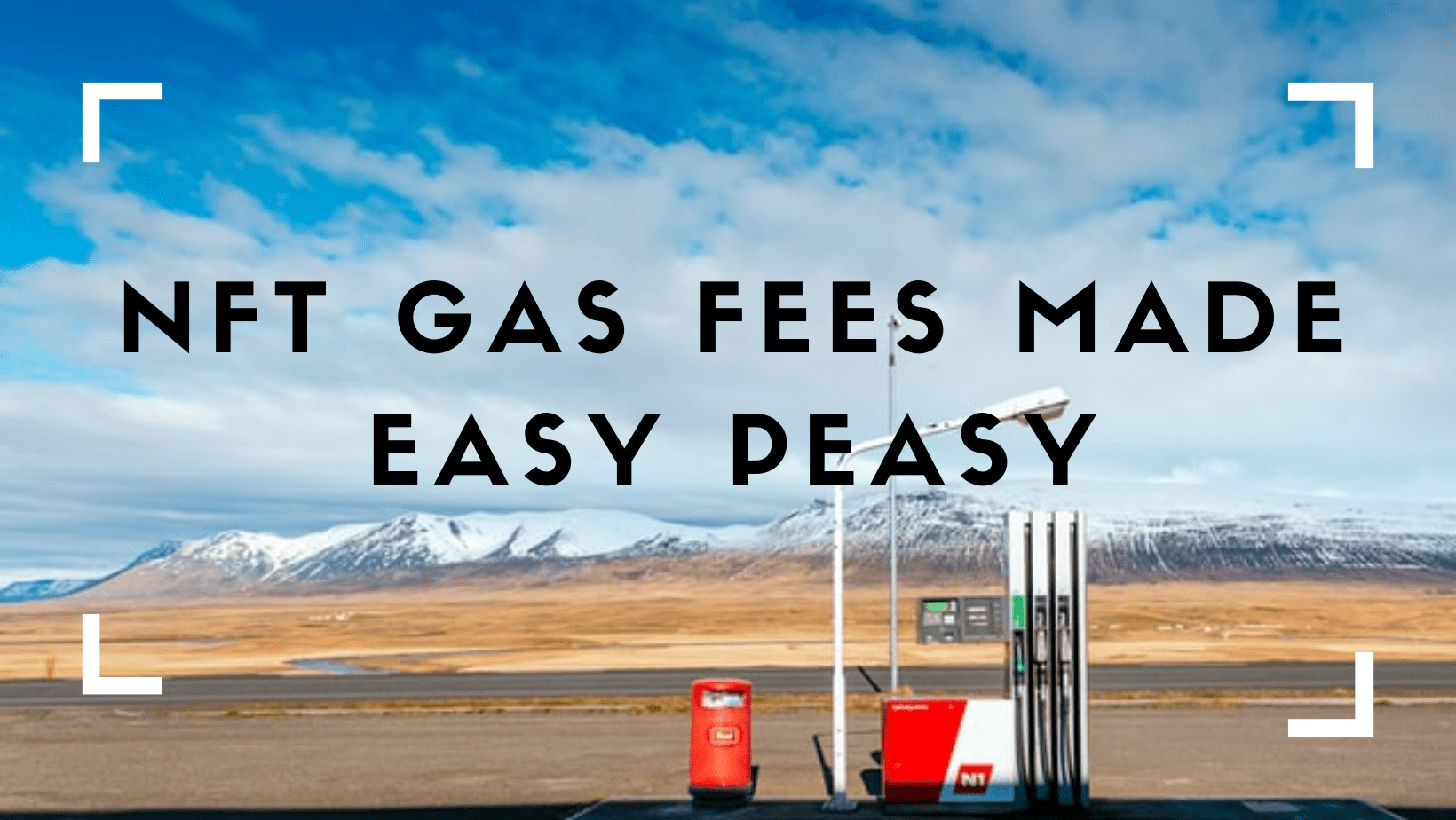 So, let’s do a quick recap: 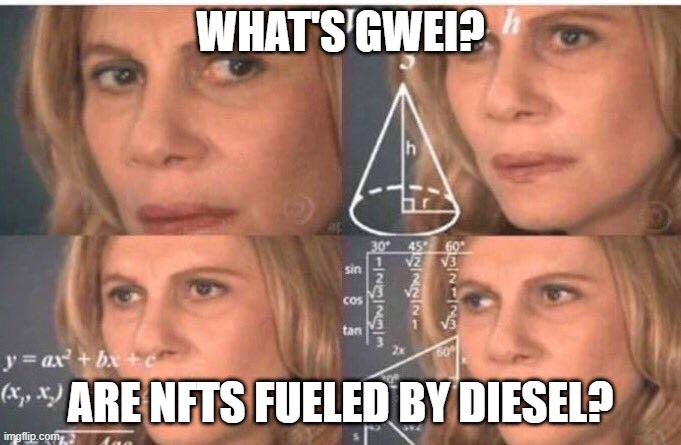 That’s fine, I’m here to help you figure this out.

What are gas fees, anyway?

To understand why creating (minting) an NFT on Ethereum’s blockchain requires you to pay “gas fees” we’ll have to delve into the backroom of Ethereum: by the end of the paragraph you’ll be familiar with EVM, i.e. the Ethereum Virtual Machine.

Aristotle thought that stars, planets, and whatever was in the sky were made of a different matter than us mere mortals. That was aither. 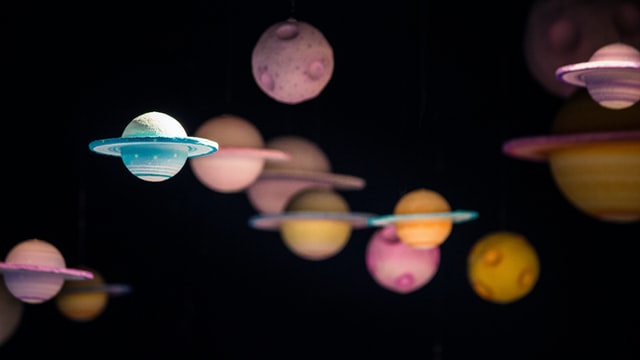 Now, Ethereum (the blockchain) works as a distributed super-computer. Huh?

A bunch of people worldwide provides their hardware and computational powers to keep Ethereum alive and working. Think of an old movie, you had the projector and the projection, i.e. the visible movie.

The movie is Ethereum, with all its transactions, smart contracts, and NFTs.

The nodes and the miners validating the blocks are the projector, the hardware, the computation that lets everyone operate on Ethereum. The name of this particular movie is Ethereum Virtual Machine, EVM.

The time has come to use our newly acquired ancient greek knowledge!

Ethereum has such a name exactly because it’s not a physical machine, it’s more like a cloud device. All the nodes keep it functioning, but Ethereum is neither there nor here on my computer.

It’s spread along all the nodes that make up the system, a distributed being, like consciousness (tadaa!).

Enough with this hippie mambo jumbo!

Ok, back to computation. At any given time the Ethereum Virtual Machine is in a given state. Now, when you send your ETHs (the cryptocurrency) to someone, you’re asking for a transaction to be included on a block of the… surprise surprise, blockchain!

Once the block is approved the Machine will be in a new state.

Or, say that you want to mint a Non-Fungible Token (finally, thank God!).

Again, you’re asking Ethereum to include your operation on the next block and to move from one state (the old one) to another (the one including your NFT).

Why I have to pay NFT gas fees?

Almost there, bear with me.

Whenever you ask for something to happen on Ethereum Virtual Machine you are basically asking the nodes (the hardware guys, i.e. the miners) to use their computational power to include your transaction in the next block of the blockchain.

Now, I know, you thought that blockchains are created by philanthropists that live in Heaven, sipping tea with the likes of Karl Marx, Lenin, Michael Jordan, and Pizza Margherita. Well, you were wrong.

To keep Ethereum distributed system alive, you gotta give the miners, i.e. the hardware guys, some kind of incentives. Why should they include your transaction on the blockchain, because you’re a cute snowflake? Hell nah.

It’s because you pay GAS FEES!

Jokes aside, fees are important to keep Ethereum safe from spamming undesired actions. Each computational step is measured in “gas”, which’s the base computational unit for Ethereum. Thanks to gas, any operation on the blockchain has a set amount of steps.

And, any transaction on Ethereum has a price, said price is usually referred to as Gas Fees.

How do NFT gas fees work?

Any transaction, including the minting of an NFT, requires computational power or, very roughly, energy.

Gas fees are paid with Ethereum native crypto, ETH. But, here comes the complication, Gas prices are measured in … Gwei!

What the heck is a Gwei?

The gweis are an ancient tribe of Chinese dwarves that live inside the blockchain and mine virtual stuff. Joking.

Why gas fees are so damn high sometimes (like always)?

Any operation you’ll want to be done on Ethereum blockchain=PAY GAS FEES! That could be a token exchange, minting an NFT, smart contracts, decentralized apps (DAPPS), whatever.

The more people want to do stuff on Ethereum, the more gas prices will go up. WHY?!

Because you got to remember that Ethereum is still a blockchain! So the number of transactions a given block may include is limited = each block has a Gas Cap.

What does this mean for you artsy snowflakes?

It means that you will have to compete with other people for your NFT minting (still a transaction) to be included by the hardware guys (the miners) in the last block, if you lose you will have to wait. So, you have to outbid the others.

Lucky you, gas fees may go up or down depending on the blockchain supply and demand mechanism. The more people asking for miners to include their transactions, the higher the gas fees. Also, the more complicated the transaction (a Dapp, or a Smart contract require way more gas) the higher the amount of gweis you’ll have to pay.

Which NFT gas fees should you pay? Fast, slow?

Look at the pic below

You see three prices. Why?

If you want your transaction to be included on a block ASAP then you will have to pay more. If you’re not in a hurry you can go with the standard price.

However, you should be VERY CAREFUL when setting the gas fees for your NFT minting.

If the amount you set is too low but a miner starts including your transaction, there could be not enough gas to complete the process, resulting in the transaction failing midway through. And you won’t get your little gweis back, so you’ll have to pay twice.

So it’s usually safer to not play around too much with gas fees.

To keep an eye on gas fees, you can browse here:

Are there alternatives to Ethereum for NFT minting?

Yes indeed! But that’s a topic for another article.

Right now I’ll just say that the most important marketplace that’s not based on Ethereum is Hic et Nunc, which is based on the Tezos blockchain.

Tezos doesn’t need you to pay as many fees as Ethereum (actually, is waaay cheaper).

However, keep in mind that XTZ (Tezos native cryptocurrency) has a much smaller market cap than ETH, and an XTZ is worth (for now) around 6$.

So, you get the point, Ethereum remains the unquestioned champion here, many people minting on that blockchain, stronger native cryptocurrency, wider market.

Yet, more and more people are concerned about the environmental impact of NFT minting, and blockchains like Tezos solve the issue by adopting a Proof of Stake (PoS) mechanism. Ethereum should soon adopt a PoS system, though at the moment it’s Proof of Work, just like Bitcoin, which is much less sustainable than PoS.

That’s it for today. Now you know why you have to pay Gas fees when you mint your NFT! Want to know more about NFTs, check our zero fluff guide:

The godfather of retro-art: an interview with Mark Watts, generation 1 transformers illustrator.