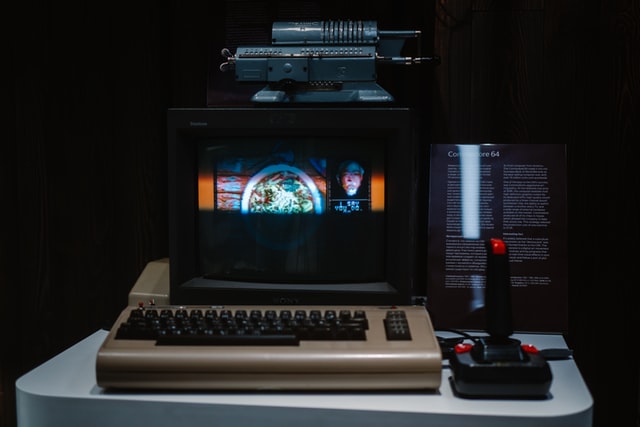 Amiga was introduced to the world in 1985, by the home computers and electronics manufacturer Commodore. Even today, some people always refer to it as Commodore Amiga, while others stand for the model, such as: Amiga 500, the most significant and revolutionary creation by the company.

Who would’ve thought that decades past its end there would be a rise of artwork, only made possible through the tools and softwares that Amiga has granted. The rise is coming on the NFT space, mainly with artwork made in the 80’s, which was kept to its creators until today, but also artists who are buying the available computers to make exclusive Amiga art.

Let’s run back a few decades and complement history with actuality: what links Lightwave 3D and Imagine to Non-Fungible Tokens?

Amiga was more than a new computer on the market, it was a revolution. It was released together with Atari ST, Macintosh and the Acorn, all computers based on the Motorola 68000 processor. Yet, Amiga offered some differentiations on the hardware, causing a momentum in tech history: you decide what is your favourite tool.

Similar to Samsung, Huawei and iPhone, everyone has their choice, usually sticking to it until the end.

When battling with Macintosh and Atari, the competition eventually wore Amiga down, to the point of ending its production completely, in 1995.

“The Commodore Amiga home microcomputer, together with DeLuxePaint, a commercial software package, can generate many useful visual stimuli, including random-dot stereograms, apparent motion, texture edges, aftereffects from dimming and brightening, motion aftereffects, dynamic random noise, and drifting and counter-phase gratings. Videotapes can readily be-made of these displays. No programming experience is necessary.” Statement from Stuart Anstis article “Visual stimuli on the Commodore Amiga: a tutorial”, published in 1986 by York University in Ontario, Canada.

Similar to Polaroid, at some point it became meaningless to compete with the newest – safest – technologies, yet someday the butterfly flew again and a hurricane happened at the other side of the globe. In other words, it came back to the market because nostalgia, the main emotion that brought back the vintage of many things, made it happen.

In October, 2017, John Wenz writes an article for Popular Mechanics about the return of Amiga. Some people were dedicated to buying the old machine and make it work again. If there’s a big reason to it, it’s probably due to it’s hardware resistance, but mainly to the beautiful arcade-like graphics.

Amiga was not just amazing for designers, actually their main audience were gamers. Maybe you recall this with a smile, nostalgia? Some of the top games were Battle Squadron, Ork, Galaga and so many others.

Although there are few purchases of the old Amiga computers, there is a resurrection of creations made back then, and we’re mainly seeing this rise through the NFT Market. Retro digital artists have been silent for decades, unable to find a place for their first creations due to the cold feeling of competition with major, high resolution creations made from new technology.

If this were to be true, so we could state that an early Picasso is less valuable than the latest, simply because the materials that he was using were more modern, resistant and expensive? Well, as most art critics, curators and high profiled artists would say: no.

Art is not valued simply by the materials used, it’s a spectrum of aspects which serve the purpose of separating creative minds from a rock made on Paint. That’s why Amiga artists have been showing up this year, to prove there’s a place, meaning and value to their first creations.

One thing should be clear to everyone: Andy Warhol drew Debbie Harry using an Amiga computer. This is already a good statement to how retro digital art could be perceived as very valuable today.

“Although Warhol spoke about the desire to print these images and distribute them as artworks in an interview in Amiga World, this wish never came to pass. In 2014, we collaborated with Carnegie Mellon University and Carnegie Museum of Art to extract the saved files from Amiga floppy disks held in our archives collection.” Retrieved from 2019 project ‘Warhol and the Amiga’.

In the past few months, the world of NFTs has been filled with art and collectibles of all sorts, from NBA basketball cards, to the big Crypto Punks, an original Picasso, timeless game characters, meme photos and many others. This generates a new concept for the Arts World and many question are rising to what is actually suitable to be considered and valued as art.

At VisionaryArt.io NFT Agency we’ve been building up to answer these questions and set up artists on the Blockchain by evaluating their art before submitting it to the IPFS protocol. One of the most proliferating types of art which has come up are retro digital artists, who made art on the 80’s and 90’s technologies. Some of these artwork was really hard to retrieve, but we’ve found out that such beauty lies within the usage of early technologies to make Digital Art.

Ron Victor, an early Amiga owner, has answered the question: Why was Amiga relevant to my art?

“Back in the mid 1980’s, I was a computer consultant designing and coding mainframe computer systems for AT&T and Bell Labs.  I became friends with a woman who had been hired to design elaborate presentations to introduce the senior executives to the new systems that were being designed. She was developing her presentations on a Commodore Amiga. At the time, the Amiga was slated to become the dominant system in the field of 3D photorealistic graphics and animation. I was amazed at the sophistication of some of the programs that were available at such an early time in the development of personal computers.

After quickly getting up to speed, with the Amiga version of Sculpt Animate 3D, (a raytracing application released in 1987), I was hired by AT&T to design presentations. Sculpt Animate 3D was way ahead of it’s time and very often the programs demand on the computers processors would result in missing portions in the centre of completed pictures. In addition, one medium resolution picture would often require 3-4 days to render. More often than not the Amiga computers would go down in the middle of a render and several days of work would be lost. However, despite all these shortcomings, the results were stunning. Eventually, Apple caught up with and surpassed the graphic abilities of the Amiga computers which signaled their demise. Most of the graphic programs originally designed for the Amiga were redesigned and ported to the more powerful Apple computers.”

In August, Retro Games Ltd has announced the launch of the A500 Mini for 2022, a surprise to many users and a new start for arcade-style gaming and art.

NFT TOOLKIT: 10 essential tools for any NFT artist in 2021

Maria RebeloSeptember 1, 20210Likes
Being a creator has never been an easy professional experience, at least for most. From evaluation to dissemination, finding the right partnerships,…
Read More